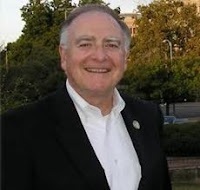 The following press release was sent to me by Texas State Representative Dan Flynn. Rep. Flynn is proposing a plan to fight back against Obama's Gun Control Executive Orders. Obama's executive order #16 clarifies to doctors that the Affordable Healthcare Act (Obamacare) does not prohibit them from asking patients if they own guns. Rep. Flynn is proposing a law that would ban doctors in Texas from being able to ask patients irrelevant questions regarding gun ownership.

This statement from Rep. Flynn is one of many that were announced recently by Texas Legislators fighting back against Obama.

Governor Perry: Hey Obama, it Takes a finger to Pull the Trigger of a Gun!