This site, and http://www.texasgopvote.com/, is where David Bellow posts Conservative News and his blog posts. Here you can stay updated with Texas Conservative News and even National News (depending on what David Bellow has time to write about) Also, some of the posts are just local posts pertaining to Southeast Texas, Hardin County and Lumberton, TX news including upcoming events, upcoming elections, and how you can get involved.

You can also see David's blog posts at http://www.texasgopvote.com/blogs/david-bellow 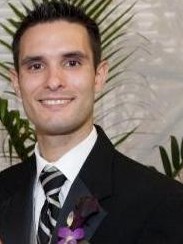 David Bellow is an Army National Guardsman and a State Republican Executive Committeeman (the opinions on this blog do not reflect the official opinion of the National Guard or the Texas GOP). He was born in Beaumont, TX and was raised, and currently lives, in Lumberton, Texas (Hardin County). Like most residents in east Texas, Bellow has had to endure watching the good old boy (Democrat controlled) county officials do nothing as public money has been wasted and as crime and fraud has occurred while the officials just watch. Some of the crime and fraud has been committed by the officials themselves!

He has a Political Science Degree from Texas A&M University and a Masters in Theological Studies from Liberty University.

He was raised in a Christian home where he was taught Christian Conservative Family Values. Bellow Stands up for what he believes and is not afraid to speak his mind

Bellow is an energetic Republican. He has a passion to stand up and get people excited about the Republican Party and Conservative values. That is what the Republican Party NEEDS! In a time where Republicans are poised to take back America (Thanks to Obama) we must not be complacent. We must be bold and be loud and get people excited and push forward to victory. Bellow wants to inform people about what is going on in America and he also wants energize people and help people learn about grassroot efforts and what it takes spread the word about important issues and getting people to the polls.