As you can see in the video, CSCOPE Director Says, "The Whole Thing is Designed to Show that the Communist Government is Oppressive."

The Problem is NOTHING HE SAID IS TRUE.

See the Paper in the CSCOPE Director's hand in the video? That is the Chinese Communist Flag Lesson. I got a copy of that lesson to see if what Danny Lovett was saying was true.

The Truth is, what the LESSON says completely CONTRADICTS what the CSCOPE DIRECOR says.

As you can see, the Chinese Flag Lesson says NOTHING about Communism being over and OPPRESSING the people. In fact, the lesson says the Chinese People are UNITED by and around the Communist Government.

He even lied about this!

He Told Lumberton Parents GREAT things about the lesson like how the lesson explains to kids that Communist Govenments OPPRESS people but the American Government treats everyone equal.

The TRUTH is, any Kid Reading the Lesson will believe that Communism UNITES the people, NOT OPPRESSES THEM.

Finally, at the end of the video, You Heard Right, the Kids were asked to draw their own Communist flag, based on what they learned from the LESSON.

The Problem is, Contrary to what Danny Lovett said, the LESSON teaches that Communism UNITES people.

I can only imagine what Communist flags the kids drew. Maybe they drew people holding hands around the Communist Government that "Unites" them. That is what the lesson teaches.

Communist Lesson did NOT teach that Communism was Oppressive. Students should NOT have drawn a Communist flag. We should make sure they understand AMERICAN values before false Communist values.

If this CSCOPE Director BLATANTLY LIED about this Communist Lesson, what else will they lie about?

(Video) CSCOPE Director: "I Would Have Killed For CSCOPE" - Lumberton ISD - Danny Lovett 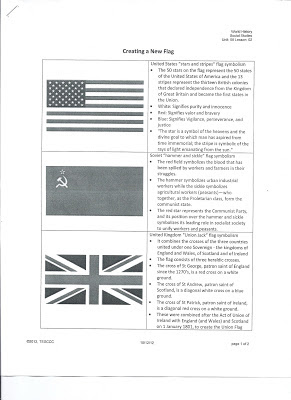 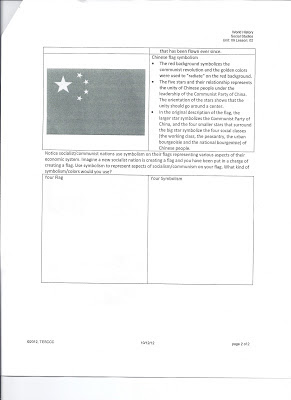 Posted by David Bellow Posted at 4:46 AM