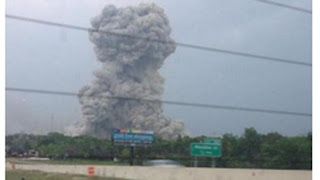 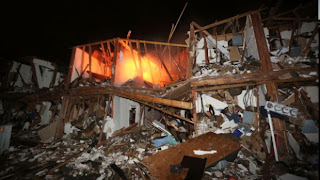 Police say between 5 to 15 people were killed and more than 160 were injured in a massive explosion at a fertilizer plant near Waco, Texas, late Wednesday.
The explosion at West Fertilizer in downtown West — a community of roughly 2,600 residents about 20 miles north of Waco — happened around 8 p.m. and could be heard as far away as Waxahachie, a town located 45 miles north. It sent flames spiraling high into the evening sky and rained burning embers, shrapnel and debris down on frightened residents.

"At some point this will turn into a recovery operation, but at this point, we are still in search and rescue."

Posted by David Bellow Posted at 9:44 AM