During the November 2012 election, several students claim that Lumberton High School teacher Michelle Champagne paraded around the high school wearing a shirt with a picture of Barack Obama and "Vote Obama" written above the picture. This Texas teacher also has vulgar, anti-Christian, anti-Republican, anti-Fox News, anti-Rick Perry messages and pictures posted openly on her Twitter page and says her fellow Lumberton residents “cling to guns and Bibles.” One tweet on her Twitter Page even refers to a Christian Cross as a Swastika! It is no surprise that this teacher also says she relies heavily on the flawed CSCOPE curriculum!

The recent Lumberton ISD Muslim Burqa Lesson and CSCOPE curriculum controversy has apparently encouraged other students and parents to speak out about things that have happened in Lumberton schools. Over the past month I have been contacted about all kinds of incidents, including this one. Parents in other cities are also standing up and speaking out. Just today I saw that a parent in Flour Bluff, TX exposed a CSCOPE approved supplement lesson that blamed the 9/11 terrorist attack on America.

I 100% believe that the Lumberton School Board and Lumberton Administration are NOT trying to push liberalism on any children. I also believe that most of the teachers in Lumberton are awesome! I do believe however that there ARE some liberal teachers who DO try to influence students with liberal ideas, even here in predominantly conservative East Texas. I also believe that, even if not intentional on the part of the school, the CSCOPE curriculum does try to negatively influence students. Thankfully, LISD has created a committee to look into replacing CSCOPE.

Last week I got a call from a student who said that, during the November 2012 election, Lumberton High School teacher Michelle Champagne paraded around the high school wearing a shirt with a picture of Barack Obama and "Vote Obama" written above the picture. This allegation was backed up by other students who saw her wearing the shirt. Even after at least one student and the student's parents complained to the school about this shirt, the teacher still wore the shirt to Lumberton High School, according to the complaining student and parent. It is not known what action, if any, was taken against the teacher for wearing the shirt.

The Burqa incident might have been as an honest mistake not meant to push anything onto the students, but there is nothing innocent about a teacher wearing a shirt to the high school that says "Vote Obama." This shirt in my opinion, is clearly an attempt of an authority figure to push a liberal person and ideas onto impressionable students at Lumberton High School. A teacher with a shirt with "vote" written on it would be fine at a school to encourage students to get involved. I would even be fine with a shirt that just had a picture of Obama on it. But a teacher wearing a shirt that has the words "Vote Obama" is clearly crossing the line. Students wearing religious or political shirts are ok because it is student led. A teacher is in a position of authority over impressionable students who are there to learn from the teacher, so teachers are NOT allowed to wear these kinds of things.

It is interesting to note that on Michelle Champagne's LISD Teacher Webpage, she says that the students in her class only do CSCOPE for the first 9 weeks!

Just in case you want to try to argue that this teacher is not a liberal who, in my opinion, wants to push radical ideas onto the students in Lumberton, go check out this teacher’s past public twitter posts.

The following are some of the past tweets on Lumberton Teacher Michelle Champagne’s twitter account. These past tweets on her account have been archived at http://topsy.com/twitter/mbchampagne because she has now deleted her twitter page


Lumberton, Texas – Liberal Texas school teacher surrounded by people who cling to their guns and Bibles... 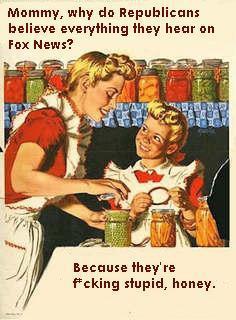 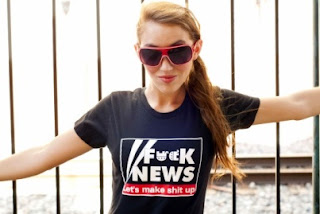 This following picture of Texas Governor Rick Perry that was posted on Michelle Champagne’s Twitter came with this caption “Here comes Rick Perry, with a crippled swastika aka a cross.” 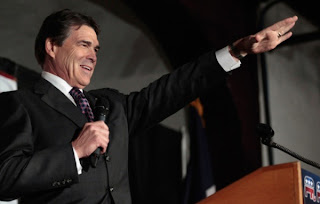 The idea of liberal influences from teaches in the conservative state of Texas is nothing new. Nearly two years ago, I wrote an article about a Lumberton Teacher, Karen Talbert, who Chastised 6th Grade Students for Watching Fox News Instead of CNN.

Also, who can forget the article I wrote last year about a Lumberton Teacher having students perform (in front of the entire school) a vulgar, sexually obscene play written by a liberal who is intent on promoting a pro-homosexuality agenda in schools via his dramas and plays.

Interestingly enough, this is not my first unpleasant run in with Michelle Champagne. It was only a couple years ago that I passed out an American flag to every house in Lumberton on the anniversary of 9/11. The flag came with a flyer promoting conservative values. After passing out the flags, I got an email from a liberal who was not happy. She said I was wrong and she sarcastically said that she will pray to Mother Mary to have her son Jesus help us conservatives make it through this Democratic Rule. The thing that surprised me though was that this person signed this letter as “Michelle Champagne Junior English and World History Teacher”. As you can see, this person did not sign her letter as a concerned citizen. She signed her letter as a high school teacher. In my opinion, she is proud that she gets to spread liberalism to students at Lumberton High School without professionally keeping liberal politics separate from her position as a public teacher.

This article should make you sick to your stomach just thinking about what kind of thins liberal teachers are telling your kids while they are in school.
Parents Should Always Take Time to Ask Your Kids What They Are Learning In School and Take Action When Your Kids Tell You Something Wrong. Also, Check Their Homework and Ask for Copies of Lessons because the Kids Might Not Know They Are Being Taught Wrong. Parents are the Front Line Defense to Stop Liberal Ideas and Lessons from Taking Over our Schools!
Posted by David Bellow Posted at 4:10 AM