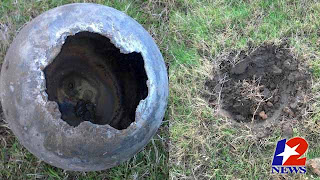 A Chinese Rocket Crashed in the East Texas near Buna, TX in Jasper County. Farfetched? Conspiracy theory? Actually, this story is true!

Robert Lunsford of the American Meteor Society determined that the fireball event was the result of Chinese Rocket CZ-4B crashing back to earth.

Lunsford made his determination using information from Aerospace.org that says the rocket was launched May 10th, 2012 and was expected to re-enter the atmosphere on February 27th, 2013. Aerospace.org also posted a map that showed the trajectory of the rocket. The trajectory brought the rocket over the area where the lights were seen (see image below).

Now, nearly a month later, Dean Gents in Jasper County contacted KBMT Channel 12 news in Beaumont, TX to report debris found on his property. Dean Gents emailed me a couple of pictures that he took when he discovered the remnants of this Chinese Rocket (see 2 pictures below). KBMT 12 News went out to the property and found that one beach ball size object left a 9 inch crater (see picture of debris above from KBMT)

NASA has been contacted about the debris but they have not responded. An Aerospace Engineer from California did respond and he believes the debris is a pressure tank from the Chinese Rocket CZ-4B that was seen crashing to earth in the early morning of Feb 27th, 2013.

The Jasper County Judge Mark Allen is seen in the picture below with the rocket debris. Judge Allen says that similar rocket debris was found weeks earlier at a nearby property.

Chinese Rockets crashing down in Texas? Believe it! Makes you wonder what else the Chinese has flying over America with cameras or even weapons.... 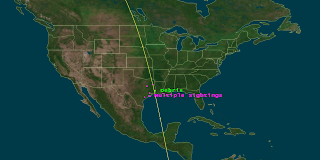 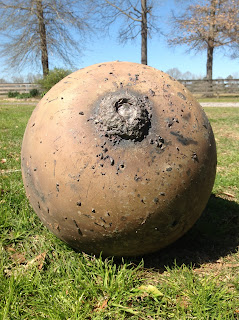 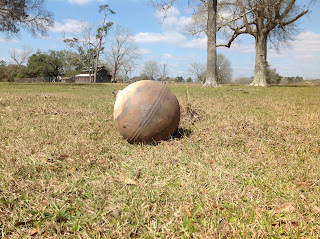