North Korea Dictator Kim Jong Un has signed orders putting his rockets on combat ready status, and, according to Kim Jong Un's U.S. Mainland Strike Plan, Austin, TX is one of his top 4 American cities targeted by this potential nuclear missile strike (see picture of strike map below from NKNews.org). Occupy Movements, plastic bags, and Hippie Festivals are no longer the greatest threat to this liberal controlled Texas City. This actually brings up a valid question though. What is America doing to protect the Homeland from a strike like this coming from the Gulf of Mexico or countries south of the United States of America?

When Americans think of a potential missile strike, it is safe to say that most people would assume the missiles would hit either the East of West Coast. Not many people would name a city in Texas, for instance, when asked about a potential missile strike against the United States of America. Both the East and the West Coasts of America have defense measures in place. In fact, the new Secretary of Defense, Chuck Hagel, recently announced, possibly in response to N. Korea, a plan to add 14 more missile interceptors in Alaska to protect the West Coast. Hagel is also requesting to beef up the missile defenses of the East Coast, likely in response to Iran. What about states like Texas? What if a missile strike came up from the Gulf of Mexico? What defense measures are in place? Why do southern states not have as much protection as the other coasts?

In fact, while the West and East Coasts are beefing up their Air Defense Systems in 2013, Obama is actually trying to shut down air defense systems along the southern border of the United States (including along the U.S. Mexico Border and the Gulf of Mexico Coast). Just a couple of months ago I broke this story: Obama Closing Air Defense System on U.S./Mexico Border: Texas & America Vulnerable to Attack from Low Altitude Missiles and Aircraft. After widespread outrage, the Air Force has said they would keep this Tethered Aerostat Radar System air defense system up until at least the end of this year instead of closing TARS at the beginning of the year as originally planned.

When planning for an attack from the enemy, all options must be considered. This includes the option that a country planning to attack the U.S. knows the East and West Coasts are well protected and therefore the country will try to attack a less protected state along with Gulf of Mexico. Just last year, a Russian nuclear-powered attack submarine armed with long-range cruise missiles operated undetected in the Gulf of Mexico for several weeks.

Why attack Texas? Is anyone surprised that North Korea's hit list includes the capitol city of Texas? You shouldn't be surprised. The Republican controlled State of Texas is a shining example of hope, prosperity, opportunity, and economic stability in America. In fact, the State of Texas is a perennial top 15 largest economy in the world compared to entire countries. 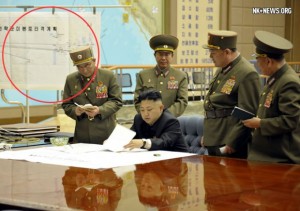 Posted by David Bellow Posted at 5:58 AM