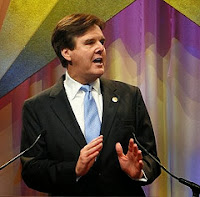 No Surprise here. State Senator Dan Patrick, candidate for Texas Lieutenant Governor, has been rated as the MOST conservative State Senator in all of Texas for the most recent 2013 legislative session.

Dan Patrick is vying in the March 2014 Republican Primary election to be the leader of the Texas State Senate, the LT Governor. In Texas, if you are going to run for statewide office, you have to at least be able to present yourself as super conservative. Dan Patrick does not have to just present himself as the most conservative in the Texas Senate. He IS the most conservative, at least that is according to Rice University's Mark P. Jones in his most recent ranking of Texas State Senators from the 2013 Texas Legislative Session.

Why are the conservative rankings of Mark P. Jones so important? Mark P. Jones does the most comprehensive, non partisan conservative/liberal ranking in all of Texas. His Lib-Con scores are based off of EVERY single vote and it shows the voting differences between candidates from the most liberal to the most conservative.

This ranking system is very different from other ranking systems like Empower Texans or Texas Eagle Forum or Texas Right to Life. Those ranking systems are GREAT if you are looking for rankings of candidates based off of specific issues and votes dealing with fiscal conservatism, social issues, or pro life issues. These are all very important ranking systems and Dan Patrick is very high, if not at the very top, in all of them. These other rankings do not cover every single vote or issue though. That is where Mark P. Jones is so valuable. His rankings allow people to see the entire overview of how every legislator compares with each other when it comes to every vote taken.

Again, this is no surprise to me. I already know how conservative Dan Patrick is. Now, even the top non partisan, most comprehensive, non issue, scientifically based ranking makes it clear that Dan Patrick is the top conservative leader.

The following graph is from Mark P. Jones and it shows Dan Patrick at the top of the chart as the most conservative Texas State Senator for the 2013 Texas Legislative Session: 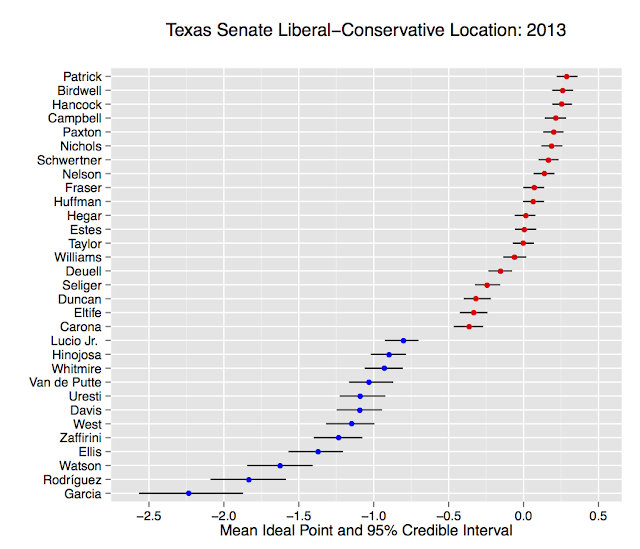