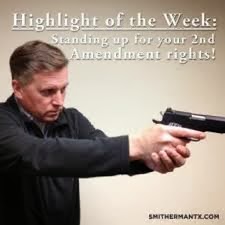 When it comes to voting for the person who I can trust most to understand and defend gun rights, I pick the guy who actually packs heat instead of the guys who talk about the right to pack heat but have never felt it to be important enough to actually pack heat.

Furthermore, the State of Texas is actually NOT even the most gun friendly state in America. Texas does not even allow any open carry handgun laws even though MANY states DO have open carry laws. These laws to allow open carry in Texas have been pushed in recent years, but the Senators and State Representatives have blocked the laws. I would be willing to bet that most of those legislators do not have a concealed handgun license and therefore do not really understand the importance of gun right. They certainly do not understand that open carry is no more dangerous or alarming than concealed carry. Just look at the other states with open carry rights, no one is getting into shootouts in the middle of the streets or anything and I would be willing to bet that a criminal who sees someone with a gun is less likely to commit a crime in the first place knowing for sure someone has a gun and will fire at them. 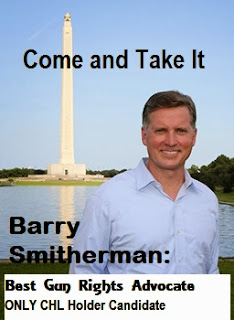 Posted by David Bellow Posted at 9:23 AM