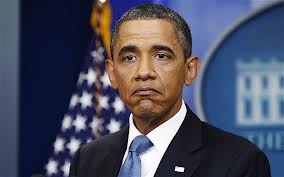 Section 5 of the voting rights act requires certain states and counties to get preclearance from Eric Holder's racist Department of Justice before they can make ANY changes to anything involving elections.

Section 5 was not struck down, but section 4 was. Section 4 is the formula that determines which states and counties get singles out for Section 5 preclearance. Because the formula was thrown out, section 5, although not voided, is completely disabled until Congress votes to creates a new formula to replace the unconstitutional formula that was just thrown out.

This ruling means there is currently NO MORE DOJ PRECLEARANCE required and anything that is pending review by the DOJ can go into effect. Texas can redistrict without oversight by Holder. Other states get to redistrict without oversight and it was discriminatory to require Texas to get Holder's approval first. South Carolina can implement their voter id law and so can Texas. It was wrong to allow other states to have the same voter id law but block South Carolina, Mississippi, Alabama and Texas just because Eric Holder wants to. Texas GOP no longer has to be forced to keep the Republican Primary election the way Eric Holder wants it. We can now make our own primary election dates and procedures. When I was a State Republican Executive Committeeman I argued for standing up against the DOJ and even said we should sue them because what they were doing was unconstitutional.Needless to say the party just went along with the DOJ and didn't stand up to them. Oh well. Thankfully some people did stand up to the DOJ and that led to the Supreme Court issuing this ruling today. This is a huge win for equality and ending racism and discrimination. ALL races have been able to freely vote in any and all elections for decades and the law was very outdated and no longer useful. For far too long the DOJ Preclearance was used to promote certain races over others in elections.

Chief Justice John Roberts argued that these states and the conditions in them have "changed dramatically" over the years.

"The tests and devices that blocked ballot access have been forbidden nationwide for over 40 years. Yet the Act has not eased (Section 5's) restrictions or narrowed the scope of (Section 4's) coverage formula along the way. Instead those extraordinary and unprecedented features have been reauthorized as if nothing has changed, and they have grown even stronger," he wrote.

“The U.S. Constitution establishes one United States — not a divided nation with different laws applying to different states. Laws that apply unequally to just some states have no place in our nation. Today’s ruling ensures that Texas is no longer one of just a few states that must seek approval from the federal government before its election laws can take effect.

“With today’s decision, the State’s voter ID law will take effect immediately. Redistricting maps passed by the Legislature may also take effect without approval from the federal government.”

Texas Senator Ted Cruz made posted this statement today on his Facebook page:
"Today, the Supreme Court recognized the enormous progress made toward voting equality in the United States since the Voting Rights Act was passed in 1965. The Court rightly decided that the statutory standards used decades ago to subject de...mocratically-elected state legislatures to second-guessing by unelected federal bureaucrats no longer survives constitutional scrutiny.

Today's decision also validates the hard work and personal sacrifice made by my late friend and former Texas solicitor general, Greg Coleman. Greg's tireless and brilliant advocacy on this issue no doubt paved the way for this result, and I am grateful for his principled legacy."


read my previous articles on this subject: