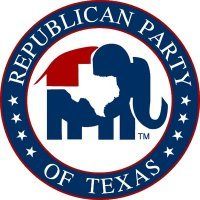 Please pass this information around to Grassroots Republicans in Texas. The vote is THIS Saturday June 8th, 2013

URGENT: Contact the Texas GOP Headquarters (click here) and Contact your Texas SREC member (click here) NOW and ask them to vote in FAVOR of transparency! Ask them to NOT BAN their voting records from being recorded.

This Saturday, June 8th, 2013, the Texas GOP State Republican Executive Committee (SREC) will be voting on a standing rule to either allow or ban video and photographs of Texas GOP open meetings.

I am not bashing the Party. I just want to keep the party from making a HUGE mistake. I stand by the conservative values of the Texas GOP platform and many of the SREC members are great conservatives, but unfortunately, many Texas GOP Officials this Saturday plan to vote to NOT ALLOW video recording or photographs of their votes at Texas GOP SREC meetings. Not allowing video or photographs goes against Texas GOP rules requiring open meetings, it goes against the wishes of the thousands of Republican Delegates who, at the last Texas GOP State Convention voted to allow recording of Republican meetings, and it also is a slap in the face of transparency. How can we demand open government and demand to know how our elected officials vote if the Texas GOP officials who run the Party do not even want their votes to be recorded?

This vote should be a no brainer right? You would think it would be an easy YES to allow recording so constituents can see how the elected members of the SREC vote. Surprisingly, MANY Texas GOP elected officials want to BAN grassroots Republicans from being allowed to record their votes. That is right, the same Republican leaders who are now wanting to hide their votes from the cameras are also the same people who turn around and demand transparency in government and demand that constituents have the right to see how their elected officials are voting. Hypocritical don't you think?

TEXAS GOP RULES REQUIRE OPEN MEETINGS EVEN TO THE MEDIA

It is important to understand that, per current Texas GOP rules, the SREC meetings are OPEN to EVEN THE MEDIA. If there is something confidential that the SREC must discuss then they can go into executive session. Other than closed executive session, the meetings are required to be open to even the liberal media. The Republican Party has this open meetings rule because we are FOR transparency and FOR constituents being able to see how we vote.

I was a member of the SREC last year and I pushed for this kind of transparency during my term. I received MANY comments from fellow current SREC members as to why they are not for more transparency like photographs of meetings. Some of the members against recording are not bad people but are misguided. Then there are some of the members though who just plain and simple do not want you to know how they vote.

Some Texas GOP officials told me that they do not want video or photographs at the open meeting because they say that "if their constituents want to know how they are voting then their constituents can go to Austin like them and see how they vote." This response is one of the most shocking. The members of the SREC are elected to represent their constituents. The SREC members are elected to go to Austin so their constituents do not have to. How dare anyone say that if you want to know how they vote you can come to Austin and see for yourself. By the way, the Texas GOP does not even post on their website the schedule of when and where the SREC meetings will be so how do constituents even know about the meetings? Can you imagine the uproar that these same SREC members would be in if their congressman told them that they are banning all recording and video stream of congressional votes and if Republicans wants to know how their congressman votes well then the constituent can just go to Washington D.C. and see for themselves.

As another example, I actually had SREC members tell me that they do not want to be recorded because they "might vote or act differently if they know they are on camera." What? So you don't want your constituents to see how you vote because you might vote differently if you know they can see you vote?

Some of the Texas GOP officials told me that they do not want photographs or video because they "do not want liberals to know what they are talking about in the Republican meetings." That excuse would make sense if the Texas GOP SREC meetings were CLOSED. That excuse is laughable because the meetings are required to be OPEN and liberal members of the media are ALREADY ALLOWED to be at the open meetings and can hear and see what is voted on. The SREC Bylaws even SPECIFICALLY WELCOME the media to the open meetings. Do you really think that the liberal members of the media do not already have secret recorders at the meetings? Even if they don't, they are there at the open meeting and can still hear and report about what happens in the meeting regardless of whether or not they recorded it. That is what executive session is for. Per the Texas GOP rules, all SREC meetings are open, but when something confidential needs to be talked about, away from the ears of the liberal media, the rules allow for executive session behind closed doors.

So the question still remains, why would anyone in the Texas GOP be against allowing people to record their votes in the OPEN SREC meetings?

The answer is simple, many SREC members who are against recording at the open meetings do not want their constituents to know how they vote at the meetings. You see, when the elected SREC members vote on an important issue, the overall vote is recorded in the minutes, but there is no record of how each individual member voted. It is very rare for the SREC to allow a roll call vote. What does this mean? This means that, unless you are actually at the Texas GOP meetings to watch the voting, there is no recording of how your SREC member votes. (Did I mention that the Texas GOP does not even post on their website the schedule of when and where the SREC meetings will be?)

If Video or Photographs are allowed, these SREC members would not be able to keep their votes hidden. Their constituents who want to know how they vote would not even have to travel to Austin because they can just see the video or picture of who voted for or against important issues. This is not what some SREC members want. Some of them don't want people to know how they vote. Well, in my opinion, that is exactly why we NEED recording of how they are voting. Most of the time when someone wants to hide their vote, that means they are doing something that they know the people who elected them would not like.

Call the Texas GOP and State Republican Executive Committee NOW. If they vote against transparency it will give the Party a black eye.

The time has come for more transparency in the Texas GOP. If the SREC votes against voting transparency and open meetings, then it will leave a black eye on the Party. The party will be seen as hypocritical to demand transparency in government votes but not transparency of their own votes.

Regardless of what happens this Saturday, this Issue WILL be brought up at the next Texas GOP State Convention and I am confident the Republican Delegates in Texas will vote, once again, for transparency and to allow recording of votes in Texas Republican State Meetings.

Thank you SREC Member Bill Eastland for calling for this vote to allow recording of votes at open Texas GOP SREC meetings!
Posted by David Bellow Posted at 10:38 AM