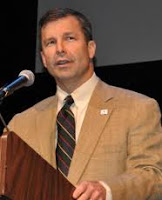 The Fight for Travel Freedom Continues

Specifically, the bill would make it illegal for a government agent to intentionally touch the private areas of a person without probable cause as a condition of travel. HB 80 would also, under the same conditions, prevent the separation of minors from their parents or guardians and prevent the harassment of travelers for refusal to submit to such unconstitutional violations of their person.

“Intrusive, physical touching of travelers’ sexual organs without cause clearly violates the privacy, dignity, and freedom of our citizens,” said Simpson today. “The Constitution protects the civil liberties of the people against government overreach — in this case quite literally — and it’s time to put a stop to the TSA’s abuse of power. Security at the expense of liberty is no security at all, for it licenses government tyranny and abuse.”

After unanimous passage out of the Texas House during the previous regular session, the previous “TSA bill” was sent to the Senate. Foreseeing the bill’s imminent passage, the federal Department of Justice resorted to absurd threats of shutting down air travel, temporarily stopping the bill in the regular session. Realizing the importance of protecting innocent Texans from violations of their person, Governor Rick Perry called the bill into the special session at the request of Lieutenant Governor David Dewhurst. This time versions of the bill passed both the House and the Senate; however there was not time to reconcile the two versions of the bill before the end of the special session.

“Travelers’ freedom and dignity are issues that we can unite behind,” said Simpson. “I am hopeful that with the leadership of our state and legislators from both parties we can intervene on behalf of our citizens and stop these unconstitutional searches without probable cause. Texans are calling for their legislators to protect them. I am confident that the Legislature will again heed the call.”

Representative Simpson was recently re-elected to his second term by a large margin. In his first session, Simpson earned the “Taxpayer Champion” award from Texans for Fiscal Responsibility and the “Freshman of the Year” award from Young Conservatives of Texas; he was also named “Co-MVP of the Freshman Class” by Capitol Inside for his effectiveness as a legislator.
Posted by David Bellow Posted at 10:32 PM