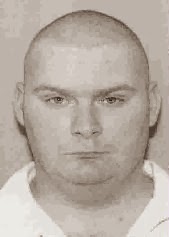 Update: Campus Reform has picked up the story and has discovered tweets from the Director of BattleGround Texas, Jenn Brown, praising this sex offender Young Democrat President for his work for Battleground Texas
Alert! After receiving a tip, I have confirmed that Convicted Child Sex Offender Billy Johnson is the President of the University of Texas-Pan American Young Democrats and is helping to register voters for Battleground Texas. Battleground Texas is an organization created by Barack Obama's political machine to try to turn Texas into a blue, Democrat state. You heard me right, a convicted child sex offender (indecency with 8 year old girl) is wandering around to random young people, even in areas with children. When Battleground Texas or a Democrat organization approaches you, as the bed intruder guy says, "Hide your kids."

There is no denying that, based on the photo evidence below, Billy Johnson and his UTPA Young Democrat Organization is helping and working with Battleground Texas to register voters. 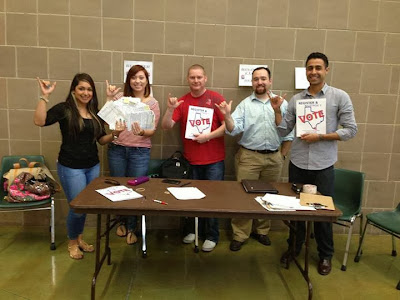 It was first discovered that Billy Johnson was working with Battleground Texas when the UTPA Young Democrat club posted the above picture on their UTPAYD Facebook page with the caption “The Young Democrats at UTPA teamed up with Battleground Texas to register people to vote. As we can see it was successful with the number of voter registration cards held up. It was a team effort. Way to go!! — with Jessica Rios, Blanca Paras, Billy Johnson, Gustavo Alejandro Grajales and Daniel Ryne Lucio.”

The picture seems to have been removed from the YD’s Facebook group already. Thankfully we still have the picture because it was re-posted on the Facebook page of UTPA Confessions, along with a link to the TDCJ website showing information about Johnson’s conviction.

What is even worse is that Battleground Texas and the Young Democrats KNOW that this man is a convicted child sex offender. This is not something that is a secret. Anyone who knows the man knows he was convicted and they seem to be ok with it. They know about his conviction because this is not the first time he was publicly called out for doing something that a convicted child sex offender probably should not be doing. Back in 2010 he caused a stir in the local media when parents found out that Billy Johnson, a convicted child sex offender, was volunteering and working around their kids at a local school. Johnson seemed to justify working at the school by telling the news that he had an escort with him in the school and he also said that his conviction did not come with restrictions preventing him from being near a school. That excuse certainly did not make parents feel any better.

San Antonio Mayor Julian Castro and Rep. Joaquin Castro are helping to get Battleground Texas started up. They headlined a kickoff fundraiser back in march. Julian Castro himself is under fire. San Antonio Conservative Weston Martinez is helping to circulate a recall petition to remove Julian Castro. Castro is facing the potential recall after he tried to push through an ordinance that would allow man to use a woman's bathroom, setting up the potential for more opportunity for sexual assaults. The ordinance would also have punished and discriminated against Christians just because they do not believe in homosexual marriage. Knowing that Castro tried to push through that ordinance, maybe is it not all that far-fetched that he would be ok with a child sex offender helping out Battleground Texas and going around meeting random young people and registering voters.

Posted by David Bellow Posted at 11:47 AM