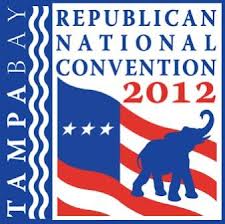 Attention Republican National Delegates: DO NOT BACK DOWN. Go forward with the Minority Report. Reject these bad rule changes. DO NOT BELIEVE THE FAKE COMPROMISE. DEMAND A ROLL CALL VOTE!

This Morning I got an urgent email from Cathie Adams of Texas Eagle Forum. Cathie got an email last night at 3am from from trusted national conservative figure Morton Blackwell. Blackwell says that the compromise we have heard about is a fake that is meant to get conservatives to back down and not submit a minority report opposing these bad rule changes. The compromise only covers ONE of the bad rule changes anyways. There are other bad rule changes that need to be defeated, such as the proposed change that would allow the RNC to change the Party rules between conventions and with no approval from the delegates.

Thank you Texas Delegates (especially Butch Davis) for leading the charge to fight these changes! DO NOT BACK DOWN though, keep fighting! Do not settle on one change but then let the other changes got forward. We cannot give the RNC ANY power to chance party rules between conventions!


Below is the Urgent Message from Morton Blackwell about the Fake Compromise:

You have heard the growing controversy regarding a number of new power grabs in the Rules of the Republican Party as proposed for adoption in the report of the Convention Committee on Rules and Order of Business.

That committee report will be considered by the convention at today's afternoon session.

Do not be fooled into believing that a good "compromise" has been reached which is even near acceptable.

The Rule 15 "compromise" affects only one of the three most damaging changes which the Minority Reports would correct.  That is the proposal that presidential candidates would be given the power to disallow and remove delegates elected under state party rules or state law.

Unchanged in the "compromise" are the gutting of the currently-in-effect reforms which succeeded this year in stopping the trend toward a national presidential primary and the very worst change proposed in the national rules, the proposed new Rule 12, permitting the Republican National Committee to regularly amend the national party rules between the national conventions.

The Minority Reports would solve both problems.

Proponents of the "compromise" ignore the enormously destructive problem of the proposed Rule 12.  Rule 12 would enable 75% of the Republican National Committee later to eliminate their "compromise" and to destroy or make drastic changes in dozens of other rules which have served our party well over the years.

There is already quite enough power flow from the top down in our party.  Instead of approving more power grabs, we should be looking for ways for more power to flow from the bottom up.  That's how to attract more participants into our party.

The media's picked up on this series of last-minute manipulations by D.C insiders and consultants, and I'm sure you've been bombarded with contacts from both sides.

The truth is, this isn’t a compromise.  It’s far from it.

This is insider establishment politics at its worst – and they’re dealing furiously against grassroots conservatives like you and me.

And no change to Rule 15 will mean anything if a party chairman decides to use the powers given under a new Rule 12 that allows the RNC to change the Rules of the Republican Party between national conventions.

So I’m asking you to support the full Minority Reports on the Rules – and to not be fooled by any so-called “compromise.”  I especially ask you to take a stand in your delegation for a roll call vote on the Minority Reports.

Posted by David Bellow Posted at 10:30 AM