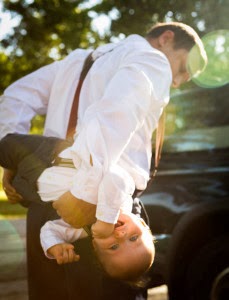 President Obama’s election was, in part, due to his massive young voter base. Not only did he have a young voter base, he also had young leaders on his team who had the energy and unbridled passion to go out and stand for what they believed in. That passion pushed the Democrat Party into the office of the Presidency.

As I looked into some of the races in my area of southeast Texas, the race for Texas State Representative District 129 caught my eye. This race is the most crowded Texas House race in all of Texas this year. There are 7 Republicans and 1 Democrat. That is not why the race caught my eye though. The race caught my eye because Briscoe Cain, 29 years old, is by far the youngest candidate in the race. The age difference between Cain and the rest of the candidates is not even close. The age gap in this District 129 race is the perfect example to prove my point. Out of 7 Republican candidates, only one of them is young. In most other races in Texas, there are not even any young people at all. It is almost if new young leaders are discouraged from running because the long-time Republicans feel threatened and tell the young guys not to run yet. I remember back when I was on the State Republican Executive Committee. I was young and new, but I had a passion to stand for conservative values and I sure stood up and fought for what is right. I actually had fellow Republican committee members approach me and say that in my first term I should really just sit and watch how the older Republican do things. I was shocked. My constituents did not elect me to sit back and watch and become a part of the political system. My constituents elected me to go in there and stand for conservative values.

Briscoe Cain might only be 29 years old, but he has a passion to stand for conservative values that the Joe Straus led Texas House of Representatives needs. Cain’s long list of conservative activism accomplishments as a Religious Rights Attorney would make you think that he was 60, and his endorsement list is staggering. I have written extensively about the Merry Christmas Bill. Briscoe Cain helped draft it. He has an unbridled passion that is not yet tainted by the political system. The Republican Party needs to embrace guys like Cain and soak up his energy while it can.

Even though I really like the guy, this article is not meant to promote Briscoe Cain. Briscoe Cain just so happens to be the perfect example for this article about the need to elect new, young Republican leaders. I encourage all voters to check out everyone in the District 129 race and all other races in Texas. I just ask that you not overlook the candidates who you might think are young. Some of those “young” candidates have the sharpest minds with the strongest, untainted conservative values.

If you are a Republican and you see a young, energetic Conservative, then encourage him/her and lift them up. Do not see them as a threat to your position. See them as the future and lifeline of the Republican Party. Allow their passion and untainted minds to carry the Republican Party to victory. Texas needs to embrace these new, young leaders, not tell them to wait.
Posted by David Bellow Posted at 1:20 PM