The press makes no mention of the fact that I serve on the Subcommittee on Europe, Eurasia, and Emerging Threats.  The press wanted me violate the State Department policy that prohibits Members of Congress traveling abroad on official business from publicly disclosing their whereabouts.  I was not going to jeopardize the safety of the Congressmen and Congresswoman I was traveling with.  There were five bombings in Egypt only two days after we were there.  While we were in Israel, there were 17 missile strikes and three suspects were arrested for planning to blow up the U.S. Embassy.

Attached is a letter from the Committee Chairman's letter 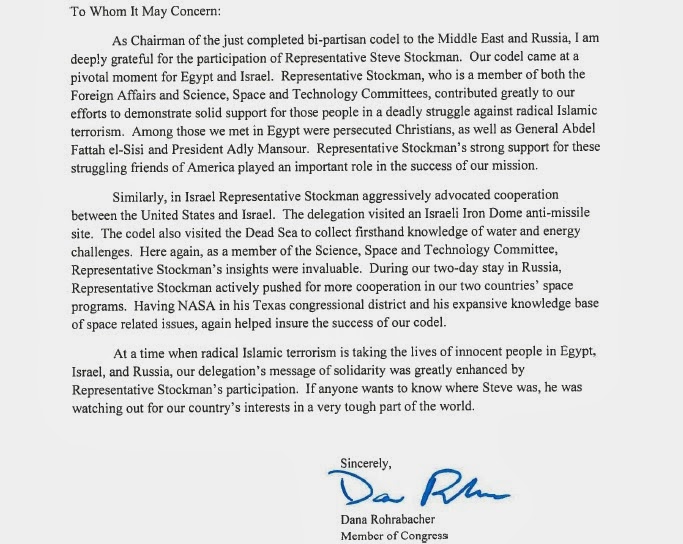 Posted by David Bellow Posted at 2:51 AM