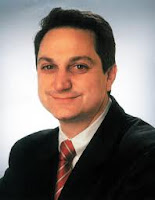 The State Chairman of the Republican Party of Texas has come out and expressed support for Texas going back to Winner Take All. He also explained why the Texas GOP has a good reason to qualify for a waiver if needed due to our circumstances, and also explained that the National Convention Delegates (Not the RNC) would vote to make the ultimate decision of whether or not Texas should be penalized.

Including this recent support from Chairman Munisteri, the support for Winner Take All has been impressive.
The Current Chairman supports it, the Former Chairman Cathie Adams supports it (Munisteri beat Adams for TX GOP Chairman in a heated race two years ago) Kelly Shackelford, the former Attorney for the RNC, also supports it. Even David Barton, one of the most highly influential and respected Republican in Texas, has come out supporting it.

Winner Take All is More Fair

Winner take all is what the GRASSROOTS Republicans want. Winner take all has been voted on as our delegation allocation by all the delegates at the State convention. Winner Take all is what Texas WAS and is what has been approved by the delegates from all over Texas at the last State Convention. The only reason we changed to proportional is because we were forced. We just want to go back to what the PEOPLE of Texas have voted to have (winner take all) instead of being irrelevant by staying with proportional (which was not voted on or supported by TX Republicans and was only done to not be penalized by the RNC rules)

I have received some emails from Ron Paul guys saying that we should listen to the grassroots because the grassroots want proportional and that for the SREC to go to winner take all would be and act of elitism and part of a backroom deal.

My proof is the State Convention.

Every 2 years the 10,000+ Republican Representatives from all over Texas meet for the State Convention. They are the grassroots and they vote on the delegate selection rules. If the "grassroots" want proportional then they could vote to be proportional at the State Convention. If the grassroots did not want to be "modified winner take all" then they would have and could have changed it at the state convention. They HAVE NOT done so. Over the past Conventions, the Grassroots Republican Delegates at the Texas State GOP Convention have CONSISTENTLY voted to keep our winner take all system and not change to proportional.

That is PROOF that the grassroots do not want us to have proportional. Elitism in a backroom deal is what occurred to force TX to become proportional in the first place against our own wishes. The grassroots and the delegates at the State Convention did not vote on that. It was forced upon us. So when someone says it is against the grassroots for the SREC to vote to go back to winner take all, remind them that the SREC members are elected to follow the wishes of the last state convention, and all those grassroots Republicans at the last convention voted to stay winner take all and not proportional!

Here is what TX GOP Chairman Munisteri had to say about Winner Take All
This is not a full or exact transcript. Also below this transcript you can click and watch the entire video of the interview with Munisteri so you can see for yourself exactly what he said.

Munisteri explained that he has always been a supporter of Winner Take All. He said that it is not just Rick Santorum supporters that are and have always been for winner take all. Munisteri says he is still undecided.

Munisteri said that Texas has the second most Republican delegates (second to California), more than 3 X the number from Florida, and 6 X more than the number from South Carolina. He believes if Texas moves to WTA that our state will stop being ignored as inconsequential and that Texas can play a big part in the final selection of our Presidential nominee.

Munisteri said it takes 15 of 62 SREC members to request an emergency meeting. He stated that the SREC/WTA supporters already have the 15, but they are making sure they have a two-thirds majority before submitting their formal request to him to schedule the meeting. Munisteri believes there is already a majority of the SREC members who want WTA.

Munisteri said the delegate count of 650 for Mitt Romney that is often stated by the media is at least 100 delegates too high because they are using projections from caucuses instead of actual selected delegates. Munisteri says that Romney really only has about 550 delegates and therefore there is still a considerable distance to go before a candidate wins by getting 1144 delegates needed to win the nomination.

Because Romney has refused to participate in the Texas Presidential candidate debate, Munisteri believes this is what has upset Texas voters and has prompted the push for WTA so that Texas would not be ignored.

Munisteri reminded the listening audience that in 2008, Obama and Hillary battled it out until June before settling on Obama. In 1976 the choice of Ronald Reagan as the Republican nominee went right down to the final vote on the convention floor and no one knew who would be the nominee until the National Convention. Munisteri said that there is no reason to rally around a candidate before the nomination process is over and before there is a winner. He said that the best thing to do is to let the process play out fully so that the best nominee will be selected. He said that in 2008 and in 1976, Obama and Reagan had time to get ready for their general election opponent even though they had long party nomination process.

Chairman Munisteri said that even though states had to submit their rules to the Republican National Committee back in October 1, 2011, a waiver from those rules could be sought by vote of the RNC Executive Committee.

Munisteri went on to explain that it was the RNC that forced Texas to move to proportional from its previous delegate winner take all hybrid plan because the RNC wanted to punish Texas for scheduling its primaries in March. However, now that our primaries have been moved back to May 29, he believes it is fair to move our state back to its original rules. Munisteri explained that Texas could make an argument that we are not changing our rules by going back to winner take all and therefore should not be punished. We are not changing the rules, we are just going back to our ORIGINAL rules that were in place since the last convention before the RNC forced us to change. He explained that the Delegates at the National Convention have the ultimate power to punish or not punish Texas because there can always be a floor fight at the National Convention to challenge the RNC’s credentials or rules committee; a successful challenge would mean the entire Texas delegation could be seated.

Brad Watson’s interview with Steve Munisteri is the first seven minutes of the video.

Click The Video Below to Watch the Full Chairman Munisteri Interview:

Posted by David Bellow Posted at 10:07 AM