If you are looking for the article about the Texas GOP having an Emergency Meeting to go to "Winner Take All" click on this link: http://hardincountyconservatives.blogspot.com/2012/04/urgent-texas-gop-winner-take-all.html


Below is the article about Texas GOP Passing a Resolution Warning Romney:


The State Republican Executive Committee of the Republican Party of Texas met for a quarterly meeting on Saturday March 31st, 2012 in Austin, TX. 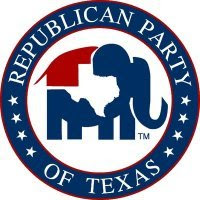 We basically told Romney that if he does not go to the debate then we will take it to mean that he does not care about our large Republican state and therefore he should not get any of our delegates.

That is a strong warning from the largest Republican State Party in America! Don't Mess with Texas Mitt Romney!

Texas has 155 delegates and if we give our delegates to another candidate then that might be plenty enough to keep Romney from securing the nomination and force a brokered convention. When I say give our delegates to someone else, I mean that the people of Texas might get ticked off at Romney and decide to vote for someone other than Romney and I am not in any way insinuating that the Texas GOP will or can away anyone's delegates and giving it to someone else.

The Texas GOP is bending over backwards to try to get Romney to come here including asking him to let us know what date and location best works for him and the other candidates. We are not dictating to him when and where to be.

We are just tired of not having a voice in the national presidential race and Romney snubbing a debate in Texas when we finally get a national debate will not make us happy.

I of course will fully support the candidate who wins the nomination and join together to fight Obama, but until then the race is not over and Texas should have a say too!

As always, this blog is written by David Bellow, a member of the SREC, and my opinions are not the official voice of the RPT.

Another resolution of note was a resolution in support of Tom Delay. The liberal District Attorney shopped 3 Grand Juries in order to find one in the liberal Travis County that would indict Congressman Tom Delay for something that was not even against Texas law and no one has ever
been charged in Texas for the same thing.

The other two resolutions had to do with Abortion. One was a resolution regarding preventing fraud against Texas taxpayers. It encouraged the Texas Legislature to pass a broad whistle-blower law similar to the Federal False Claims Act that would apply to allegations of fraud against any state agency or program. The other abortion resolution was a resolution regarding criminal liability for abortion providers. This resolution encourages the Texas Legislature to enact legislation which provides for criminal penalties against abortionists found guilty of negligence in performing the abortion and/or wrongful death of the mother.
There was also one other resolution that was passed thanking Texas GOP chairman Steve Munisteri for the work he has done for the party these last two years.

Click on the document pictures below to view the full text copies of these resolutions that were passed: 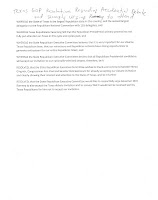 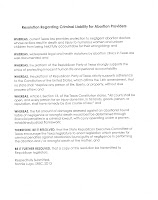 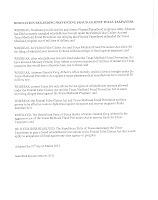 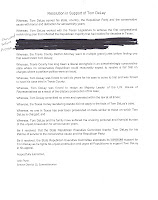 Members of the Romney Campaign have sent this article above out to some of their supporters asking them to all get on here and on facebook and post comments bashing me and the Texas GOP for passing a resolution telling Romney to come to the Texas Debate. I have even had an email from a person accusing the Texas GOP of attempting to illegally withhold Romney delegates or something silly like that. Some of the comments have been "who cares about Texas" and "Don't those crackers know the race is over"

In response to some of the people who have emailed me telling me that the Texas GOP is wrong for passing this resolution and saying we are campaigning for one candidate over another, I have written the following message:

First of all, please know that I am only one person on the SREC so I do not speak as the official spokesman of the Texas GOP in this response to you. I am involved in what goes on and I have my own insight and opinion about what is going on and about what the SREC does. I have the 1st amendment right to post my opinions on my blog and on facebook just as you have the right to post you opinions online and email anyone you want.

Now on to my response

Please do not misunderstand what is going on or what the SREC has done. I do not know where you got the word withholding, but your information is incorrect. The Texas GOP cannot "withhold" delegates and no one, especially not me, has ever stated or implied that Texas GOP would withhold Delegates from Romney.

The entire SREC (including Romney supporters) passed a resolution this past weekend telling Romney that "it would not be received well by Texas Republicans if he does not attend the Texas GOP debate." I did not even propose the resolution and I was not the only one who voted for it. Everyone did.

The State Party is not using Party resources to campaign for one candidate over another. The elected individuals on the SREC passed a resolution expressing the majority opinion of the SREC and of Texas voters. We can do that and passing this resolution does not constitute using party resources or funds to campaign for one candidate over another. The majority opinion that we expressed in the resolution is that Texas wants to have a voice on a national level and we want the frontrunner to come to our debate. We are the biggest Republican state in the nation! The SREC is standing up for Texas and we are doing our job. We would have passed the same resolution for any other candidate that decided not to come to the Texas GOP debate. The Texas GOP is about promoting Texas and making us relevant. We are not about slipping off into irrelevancy because we are afraid to speak up because it might hurt someone's feelings. We are standing up for and promoting the interest of Texas Republicans by putting on this debate and telling the candidates that we will not be happy if they do not come.

you can read the exact text of the Resolution Here: http://hardincountyconservatives.blogspot.com/2012/04/texas-gop-passes-resolutions-warning.html

As you can see from reading the resolution, it does not say we will withhold anything. This resolution is basically a warning to Romney to show up to the debate or else Texans will not be happy. If Texans are not happy then they are likely to vote for someone else and 155 delegates is a ton of delegates for Romney to gamble with in a race where every delegate is needed to secure the 1144 delegates needed to win the nomination and avoid a brokered convention. Why is it wrong of us to tell Romney that it would not be in his best interest and could hurt his delegate county if he ticks off Texas voters by not coming to our debate? Again, we would tell the same thing to any other candidate.

Texas is tired of not getting a voice. Texas is tired of everyone saying the race is over before Texas gets a chance to vote. Texas is tired of no one ever wanting to come to do a nationally televised debate in our state because our state does not matter. Texas is tired of our vote not counting. In my opinion, bullying is the media and a candidate saying that the race it over when it is not. The race is not over until someone gets 1144 delegates. That might very well not happen at all and there might be a brokered convention. Yes the liberals forced Texas to push back our election date, but even so, Texas still can and should have a say because no one, not even Romney, will have 1144 delegates by May 29 when Texas votes. The race will still be on when Texas votes. Texas has a chance to have a nationally televised debate to showcase the candidates to Texas voters. It will be a huge snub if the frontrunner does not come to it would it not?

So so if you are in the Romney campaign then please urge him to come to this debate and this will all be settled. It could have never happened in the first place!

With all that being said, I want to make it clear that I personally will support the candidate who wins the nomination. We will all join together to defeat Obama when someone wins the nomination. No one has won the Republican Race yet though and until someone does I am going to stand for Texas to have a voice in the race. I am going to stand for Texas being relevant again and promote Texas getting on the national scene with a televised debate. We all have the right to support who we want and fight for what we believe, but I do not think you will find anyone on the SREC who is not going to join together with the final republican candidate to beat Obama.
Posted by David Bellow Posted at 9:05 PM