Texas GOP will warn candidates that if they do not show up, they will be considered as not caring for Texas and should not get our vote
A Major Presidential Debate in Texas? This is pretty much unheard of! 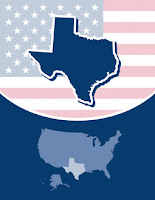 Nothing is set in stone yet, but the Republican Party of Texas is close to finalizing a deal that will bring a nationally televised Republican Presidential Debate to Houston, TX on May 24th, 2012. The debate will be only 5 days before the Texas Primary Election and there are 155 Presidential Delegates at stake. A candidate needs 1144 delegates to win the Republican nomination.
Texas GOP Chairman Steve Munisteri has been working hard behind the scenes to get this debate together. He has received a commitment from a major television network to televise the debate if there is enough candidate participation. So far, two of the four Republican candidates have responded and agreed to the debate.
Texas needs more than 2 candidates to commit to the debate in order to pull the debate off. This Saturday, March 31st, 2012, the State Republican Executive Committee (SREC) will present, and likely pass, a resolution calling on all four candidates to show they have concern for our state by committing to be at the debate, and under no uncertain terms to make it known that the state party leadership would consider it a major slight to the state party and to Texas Republicans for them not to show up.
This resolution should put enough heat on the candidates to get all 4 of them to show up.
The Republican Presidential Nomination Race is being split 4 ways (Newt Gingrich, Rick Santorum, Mitt Romney, Ron Paul) with no signs of anyone backing out. This means that there will likely not be a winner yet by the time Texas gets a chance to vote in the May 29th, 2012 Texas Primary Elections.
This sets up Texas to be something it has not been in a while, a Battleground State.
Texas Should Go Back to Winner Take All
Texas has gone from winner take all to proportional because the RNC forced us to make the change because we were originally going to have our Primary Election before April. This means that Texas will have less of an impact in the Presidential Race because the 155 delegates that Texas has will be split up between 4 candidates instead of the 155 delegates all going to the candidate who wins Texas. This is not good for Texas because it significantly lowers the impact that Texas will have in the Presidential race. I have advocated for Texas to go back to winner take all to reclaim our state sovereignty and give Texas a bigger say in the Presidential Race. Proportional dilutes the voice of Texas because our delegates are all split up, whereas other states get to put all their delegates behind the one candidate who wins their state. This puts Texas at a disadvantage. With winner take all, Texas could significantly change the Presidential Race because the
winner of Texas would get all 155 delegates and that could drastically change the race. 155 delegates all to one candidate could singlehandedly make one candidate the winner, it could give the runner up enough votes to become the frontrunner, or it could keep the frontrunner from getting enough votes to secure the nomination which would mean a brokered convention.
Proportional might sound good vs. winner take all because under proportional the candidates get a proportion of Texas delegates based on the percentage of the votes they get in the state Primary Election. The problem is that proportional weakens states’ rights. With proportional we might as well just have a big nation-wide popular vote. With winner take all, the State of Texas (as well as all states with winner take all) has a much bigger impact on the Presidential race because the candidate who wins Texas really does win Texas and gets all of the delegate votes from the State. Winner take all is modeled after the Electoral College. The President does not win by a national popular vote. The President wins by the Electoral College and he wins by winning the most states, not the most people. Having a national popular vote would be dangerous to state sovereignty and we get closer to a national popular vote every election as states reject the Electoral College. Winner take all vs. Proportional is all about states’ rights vs. a national popular vote. With Texas having such a late election, we need all the power we can to have an impact on the Presidential race so we need winner take all!
Proportional Helps the Chances of a Texas Debate
Although I am for winner take all, proportional certainly does help our chances to get all four candidates to show up at a debate because with proportional each candidate can get a slice of the 155 delegates that Texas gets in the Republican Presidential Nomination Process.
Because all 4 candidates have a chance to get a slice of the pie, I would expect all 4 candidates to agree to come to the debate. Not coming to the debate could really hurt them in this Texas election. Unless of course the race is already wrapped up by the time Texas votes and then in that case Texas will again go back to having our vote mean nothing.
Regardless, having a big debate in Texas is something that does not happen often and it is very exciting!
The Republican Party of Texas will be sending out more info as soon as everything is finalized.
Posted by David Bellow Posted at 7:18 AM