A member of the Media called me today and told me that Lumberton ISD has COMPLETELY denied any obscene material being said in front of students at Lumberton High School. They say all of the bad content was taken out and not done in front of the students. I don't know who at the school this media person talked to, but whoever they talked to was lying to cover their tracks and it will hurt the district to be caught in a blatant lie!
My brother came home in Nov 2010 and said there was a play at school that had cursing and talked about putting an ad online to get laid. A kid does not just come home and just make that stuff up. After months of communicating with the School Administration, I requested the script from the school and the script confirmed that the play done in front of the school had this inappropriate material. I then talked to the principal and the principal confirmed that this play had inappropriate material that was performed in front of the students.
School Policy prohibits this language in the school and the principal CLEARLY violated policy by allowing this play.
Go to the School Board meeting THIS THURSDAY at 7PM and tell them you are not happy about this play.
Many of you have called and emailed the school so please continue to do that! the phone number is 409 923 7580 and you can email them at http://www.lumberton.k12.tx.us/education/components/form/default.php?sectiondetailid=10390
below are the exact copies of the play that the school gave me.

As you can see, SOME of the inappropriate content has one line through it. (these parts are highlighted in pink) These parts were not said in front of the whole school. But they could still be read by all the students who got the play from the teacher like all of the drama students.

As you can also see, MOST of the inappropriate content (including vulgar words and strong sexual references) WERE NOT LINED OUT AND WERE SAID IN FRONT OF ALL STUDENTS. (these parts are highlighted in yellow)

This play is CLEARLY inappropriate and violates school policy. Parents already have to deal with their kids getting bad influences everywhere they turn. They SHOULD NEVER have to worry about the principal teaching them the bad material.

The following parts of the play are posted under the Fair Use Act. The Invisible J. Michael Hess By James D. Waedekin Eldridge Publishing Company 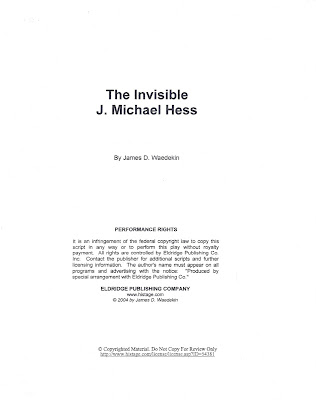 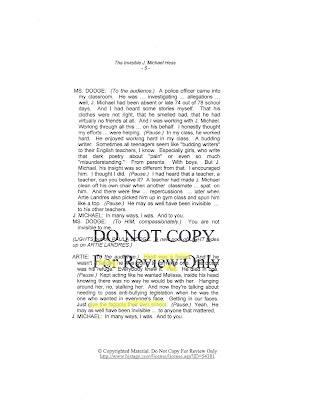 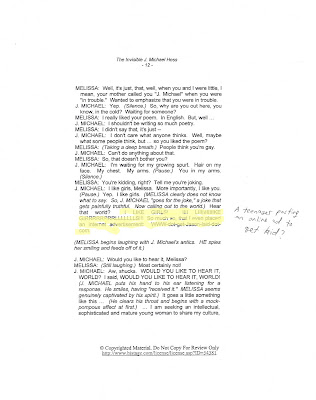 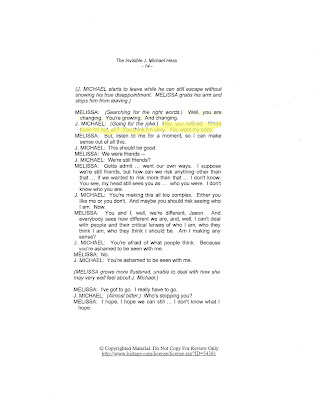 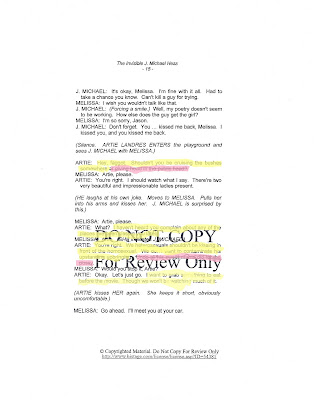 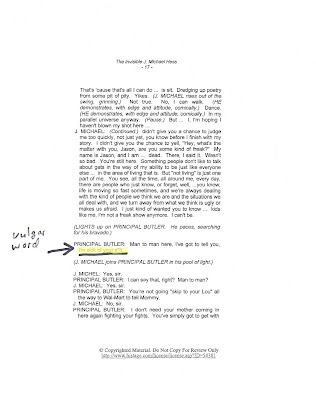 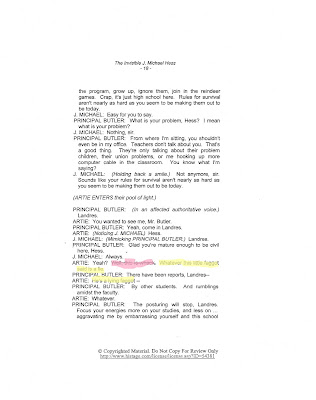 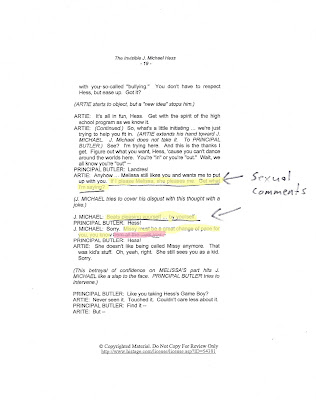 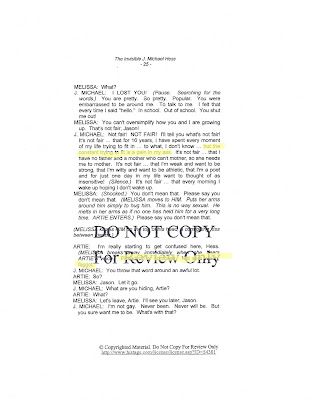