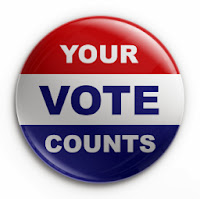 I recently wrote an article revealing that Texas Attorney General Candidates Ken Paxton and Dan Branch missed several hundred votes each in their past 6 sessions in the Texas Legislature. Missing hundreds of votes in inexcusable considering these votes shape State law and they have a huge impact on the people the laws apply to. I contended that this shows a lack of the commitment and leadership that is needed to be the next Texas Attorney General. I suggested that Conservative Republican Barry Smitherman is the real deal leader that Texas needs as Attorney General because he has proven himself to be a committed, effective, passionate conservative Republican.

I have had a few people tell me that the missed votes were no big deal because everyone misses votes and Smitherman is sure to have missed some votes too. Smitherman can’t be as good as he sounds right? I also had people tell me that they agree that the missed votes were not good, but just showing something negative about Paxton and Branch does not necessarily make Smitherman better than Paxton and Branch.

The answers I found blew me away. I knew Smitherman was good, but I figured he had to have missed a couple votes here and there.

Barry Smitherman has missed ZERO VOTES out of over 21,000!

In the past 9 years at the Texas Public Utility Commission (PUC) and the Texas Railroad Commission (RRC) Barry Smitherman made over 21,000 votes without ever missing a vote or missing a single meeting!

Well there you have it. Barry Smitherman really is as good as he sounds. Smitherman has proven time and again that he is not just talk. His record shows that he really does stand for conservative Republican values on a constant basis. From cutting budgets and reducing spending, to standing for religious rights of Kountze, TX Christian cheerleaders, to opposing Abortion, to building Texas up to be self-sufficient, to suing Obama 7 times, etc., etc. Smitherman is a committed, passionate Conservative Republican who I believe is the best leader to be the next Attorney General of Texas.

Statement by Barry Smitherman in response to USDOJ Challenge to Texas Voter ID Law
Posted by David Bellow Posted at 10:05 AM