It looks like Catholic Bishops are not the only ones fighting back against Obamacare's Attack on Religion. Texas Attorney General Greg Abbott has joined in the fight too!


Official News Release from the Republican Party of Texas: 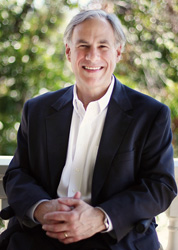 AUSTIN - On Thursday afternoon, Texas Attorney General Greg Abbott announced that Texas is joining several states in challenging the constitutionality of the federal government's rule compelling religious organizations to provide health coverage that is at odds with their belief structure and values.

In his statement, Abbott said, "Obamacare's latest mandate tramples the First Amendment's Freedom of Religion and compels people of faith to act contrary to their convictions. The President's so-called 'accommodation' was nothing but a shell game: the mandate still requires religious organizations to subsidize and authorize conduct that conflicts with their religious principles. The very first amendment to our Constitution was intended to protect against this sort of government intrusion into our religious convictions."


RPT Chairman Steve Munisteri applauded General Abbott's actions and stated, "I applaud General Abbott's efforts to ensure one of our most fundamental rights, that being the right to freedom of religion, is preserved and protected. Government should not force its views on religious institutions and I am grateful to the Attorney General for standing firm against this unconstitutional intrusion by the Obama administration."

Posted by David Bellow Posted at 6:51 AM