Update: The New Draft Plan has come out and all counties and senatorial districts will be able to have precinct conventions (if they want) and they can be whenever and wherever the county or senatorial district wants. There is no big conspiracy to keep people from getting involved. Read more here

clarification: to all the Ron Paul Supporters emailing me. I can promise you that whatever plan the RPT comes up with, it WILL NOT be an attempt to keep Ron Paul supporters from being involved. In fact, if the RPT decided on only optional precinct conventions, there will be more of a chance for grassroots individuals to be involved because they will be able to go directly to being involved at the county convention instead of having to be chosen as a delegate at the precinct convention before they can go to the county convention. 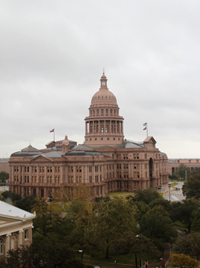 The Texas GOP is entering into unknown and uncharted territory. We are now faced with having to do our Republican Conventions/Delegate Selection Process BEFORE we even have a primary election! This process has always been tied to the Primary election but this year it will not because of the belated Primary Election (see below for the normal process from previous years). The 62 members of the State Republican Executive Committee will be developing an entire new Convention/Delegate Selection Plan. We have already had a conference call in which we discussed the many different ideas and we agreed on the basic plan. This plan is VERY intricate and has many different moving parts, not to mention our hands are tied in many ways. Over the next 2 weeks, the RPT will pound out all the details of the plan. We will then have an emergency SREC meeting in Austin on Wednesday, February 29th, 2012 and at this meeting we will vote to approve the plan. We cannot have the meeting any sooner because we have to have a 12 day notice before the meeting. The plan then has to be presented to the three Judge Federal Panel in San Antonio and then sent to the Department of Justice for approval (We can thank the unconstitutional Section 5 of the Voting Rights Act for having to do this). DOJ approval will then take at least a couple of weeks (usually takes 2 months but they will try to do it faster).
We are still developing the full plan and it is very complex. Therefore, right now I do not have the complete details of the plan to send out to everyone, but I will send out more information as soon as the RPT releases the details of this plan.
I know that everyone will have MANY questions about the new plan after reading this article. I ask that everyone please wait until we have all the details worked out and emailed out to everyone. We should have a draft with more details to email out in the next few days. After we release the complete plan, feel free to ask questions or share concerns.