Disgraced former Jefferson County District Attorney investigator Marcelo Molfino committed criminal violations in his Justice of the Peace election campaign. This after he was recently fired for stealing taxpayer funds by falsifying his time card, to which the DA leaders determined he then lied to them and was unfit to be an officer of the court. Molfino might throw around money to others but that doesn't excuse his criminal behavior and it is stolen money he is throwing around. After filing to run for office, Molfino refused for months to file his semi annual campaign finance reports to reveal his finances which is a criminal misdemeanor and civil violation of law. What was he hiding? Will leaders and citizens demand he repay the money he stole from taxpayers? How can he run anything if he has been found to have stolen taxpayer funds and then isn't even competent to file campaign finance reports? 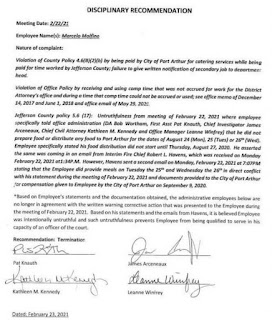 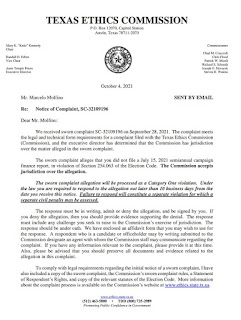