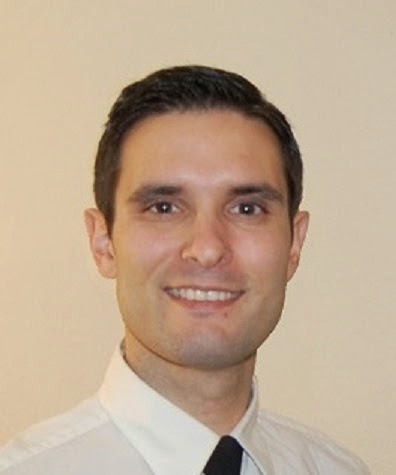 Update: David Bellow has been endorsed by many conservative organizations and people such as Judge Paul Pressler, Pro Life Nation, American Gun Rights, Texas Home School Coalition, and many more!

Hardin County, Texas needs a new face instead of the insider tax and spend group currently in control. Hardin County needs someone who is not afraid to say no to tax increases. Hardin County needs a Strong Christian, conservative leader. This is why I, David Bellow, am running for Hardin County Judge. My opponent, Wayne McDaniel Jr., is a lifelong Democrat. He ran on the same ticket with Obama and Hillary in his most recent election. He recently switched over to Republican, along with all of the other county officials. Worst of all, in response to my campaign against tax increases, my opponent says he cannot say he will not raise taxes. The same Democrat, good old boy mentality is still here, even though everyone is Republican now.

More facts and info can be found at www.BellowForJudge.com

Why I am Running For County Judge: Letter to the People of Hardin County

After spending many months in deep thought and prayer, I have decided to run to be your next County Judge of Hardin County now that Judge Billy Caraway has decided to retire.

I do not want you to consider voting for me because you like my signs or because someone you know told you to vote for me. I want you to really know me. I want you to know my heart. The most important thing you can know about me is that I believe in Jesus as my Lord and Savior and I put God first in my life.

As Judge, I will serve you with unwavering conservative values that will drive me to be an advocate against wasteful spending so that we can keep taxes from going up. I want you to know that I will strive for transparency in government because the people have a right to know what is going on behind the scenes.   I am a strong defender of our Constitutional rights. I am unapologetically pro-2nd-amendment and pro-life.

Before I get into the issues facing Hardin County, let me introduce myself and my background.

My wife Courtney and I are residents of Hardin County and Lumberton.  We have one child, Michael, and next to God, my family is my number one priority in life.

My brothers and I operate a successful small business, Eden Pro Services, and the company serves customers from Lumberton to College Station and employs several people.

After graduating from Lumberton High School, I earned a Bachelor’s Degree in Political Science from Texas A&M University and a Master’s Degree in Theological Studies from Liberty University.

After college, I joined the military, rose up the ranks from Private to Sergeant, and was honored as “Soldier of the Year” twice. I became a law enforcement officer because I wanted to protect the community, graduating with honors from the Federal Law Enforcement Training Center. I worked my way up to be a Senior Officer and have always looked for ways to change policy to increase efficiency and better protect my fellow officers.

I am a lifelong Republican because I have always known that the conservative values of the Republican Party were the values I believe in. Long before Obama was elected I was working to promote conservative values and help Republican candidates win. My Christian, conservative foundation gives me the passion and desire to serve you and to work with you and the other elected officials to keep Hardin County an amazing place to live, work, and raise a family.

This deficit spending is unsustainable and must be addressed now instead of just being pushed down the road. The go-along, get-along politicians don’t understand that this is taxpayer money and deficit spending is something that goes on in Washington, but should not happen here.

I will make the tough decisions based on solid conservative principles and with the best interest of the community in mind. I will work with the leaders and residents of Hardin County to cut the budget and to find ways to increase revenue such as attracting new industry and jobs to the County.

We have such a great future ahead of us. Hardin County does not need the same gang of free-spending courthouse crony leaders to just continue to push the problems down the road. Hardin County needs new, forward-looking leaders to take on these problems and bring new ideas based on strong conservative principles.

Hardin County is our home. I am a lifelong resident of Lumberton, TX. Even through college and military service, I stayed VERY involved in Hardin County.

When the Kountze Cheerleaders had their religious rights attacked, I got involved and stood up for the constitutional rights of these innocent students.

When Obama signed Obamacare, I filed one of the first lawsuits against Obamacare in order to stop the unconstitutional mandate form being imposed on us all.

When Lumberton ISD was trying to pass a bond that was not completely needed and would have raised taxes 24% in a recession, I stood up and fought back and defeated the tax hike. I am completely for our kids and making our schools better, but a new school on 421 would not have provided better education and would have taken too much money away from families. LISD developed a better plan after the bond failed and the schools are doing great.

Speaking of schools, I stood with the majority of teachers and parents in Lumberton and in the area who did not like or want CSCOPE curriculum. This secretive, expensive curriculum made a mockery of our values. One lesson even referred to the Boston Tea Party patriots as terrorists. I helped defeat the curriculum statewide.

Many years ago, I wanted to promote patriotism and wanted to help out the American Legion in Lumberton. I went to them with an idea to raise money and promote patriotism at the same time. The idea was to line the streets in Lumberton with full size American flags and business would donate money each year to the project and the profits would go to the American Legion. The fundraiser was a success and happens every year in Lumberton. The Legion and the Boy Scouts do a great job of lining the streets with flags!

I want a better future for my wife and son. I grew up in a large family here. I mowed yards as a kid to make money and learned the value of hard work. My parents brought me up in Christ and taught me great family values.

I felt the horrible effects and devastation of the Hurricane Rita in 2005. I, like many others, lost everything. I had to leave college to help rebuild. My job was gone and the small business I started creating positive Christian youth events was destroyed.

I was young and bankrupt. I did not give up though. Falling to the bottom gave me the best lesson I have ever had. It made me strive to be better and smarter. It made me strive to be more fiscally conservative. I rose up and finished college and started a business. I served in the military and law enforcement and was an EMT. I got more involved in helping others because I know how it feels to not have anything. I decided to live a life of service to others. I especially want to make sure that the government starts being more fiscally conservative, does not overspend, and stops raising taxes on the already overtaxed people who might be struggling like I once did after Hurricane Rita.

Will you to support me for Hardin County Judge in the March 4th Election? Please contact me with any issues, questions or comments at www.BellowForJudge.com

After posting this article, one of the County Commissioners contacted me today and said that Hardin County was making good financial decisions because they cleared their audit. BISD passed their audit. Does that mean Beaumont ISD's finances are good? NO. They have had multiple people stealing millions of dollars and have made very liberal tax and spend decisions. Passing an audit just means that no one is stealing money and the county has paid the bills (based on the records provided to the auditor). Passing an audit does NOT mean that fiscally conservative decisions are being made. Passing an audit does not mean that it was wise to spent a million on a dome that looks pretty and you vote in. Passing an audit does not mean that raising taxes on people is good. The commissioner also told me that the county was transparent because they posted the budget and audit online. That is not transparent. Those two things show very little. They just show the overall numbers but no one can really look into the breakdown of the finances. I can go to Lumberton ISD or the City of Lumberton and get a cd with all the daily financial transactions. Hardin County does not offer that level of transparency.  If you wanted to see all the financial transactions for the county you would have to pay the county to print out thousands of pages.
Posted by David Bellow Posted at 10:56 AM