Information has surfaced regarding Melanie Flowers voting for Barack Hussein Obama and donating to one of the most pro-abortion, Democrat Texas State Representatives, Ron Reynolds. Flowers has been circulating a statement defending her decision to vote for the most anti-American and lawless president in American history as justified by virtue of a “historic moment.”

In an email forwarded to me on 12/14/2013, Melanie Flowers volunteered an explanation of this decision, saying, “My Republican voting history is the strongest and longest of anyone in this race.  With that said many of our most honored Republican leaders would never have held office if we condemned each one that ever voted in a democratic primary.”  Flowers then went on to list various Republican office-holders who have voted Democrat at one point in their lives, going so far as to name Rick Perry.

Problematically, however, her defense is not logically sound, since those Republicans who at one time voted Democrat, usually switched many years ago and spent the rest of their professional existence voting Republican and never looking back.

Republicans become Republican because of what amounts to an ideological conversion experience, wherein they realize every message and claim proffered by the other party is either false or misguided – usually both.

If what Flowers claims about her Republican credentials is accurate, then it is even more concerning that she could whimsically abandon her alleged principles, knowing what the other side stands for, simply to take part in a vote for something other than 'the content of one's character' – the core of what most mean when they utter the “historic moment” defense.

Many momentous events are “historic,” and many of these same events are quite unsavory.  There is nothing excusable about abandoning reason and principle to participate in a popularity contest.

Judges must have a temperament that is levelheaded and uneasily swayed by emotional pleas, genuine or manufactured.  Voting for Barack Obama (despite everything that was known about his background and publicly available with even a modicum of basic research skills) demonstrates poor judgment or even a complete lack of judgment.

The facts suggest that Flowers's Democrat liaisons go far deeper than simply one impassioned vote for a maniacal community organizer.  Flowers donated to three separate Democrat candidates as recently as 2010 and one of these candidates is the notorious Ron Reynolds.  Reynolds is a State Rep. who was seen waving a coat hanger in Austin in support of Wendy Davis's pro-abortion spectacle and whose rabid leftist views would discourage many authentic conservative Republicans from even being seen in public places in their company.  A Biblical principle may address the issue more effectively than mere logic:  “Avoid even the very appearance of evil.”

Would someone with good judgment even contribute a penny to a man who thinks it fine to wave coat hangers in support of being allowed to kill the unborn a few extra weeks?  Common sense provides the self-evident answer.

Here are a few screenshots taken from Reynold's Facebook in recent months and from news articles: 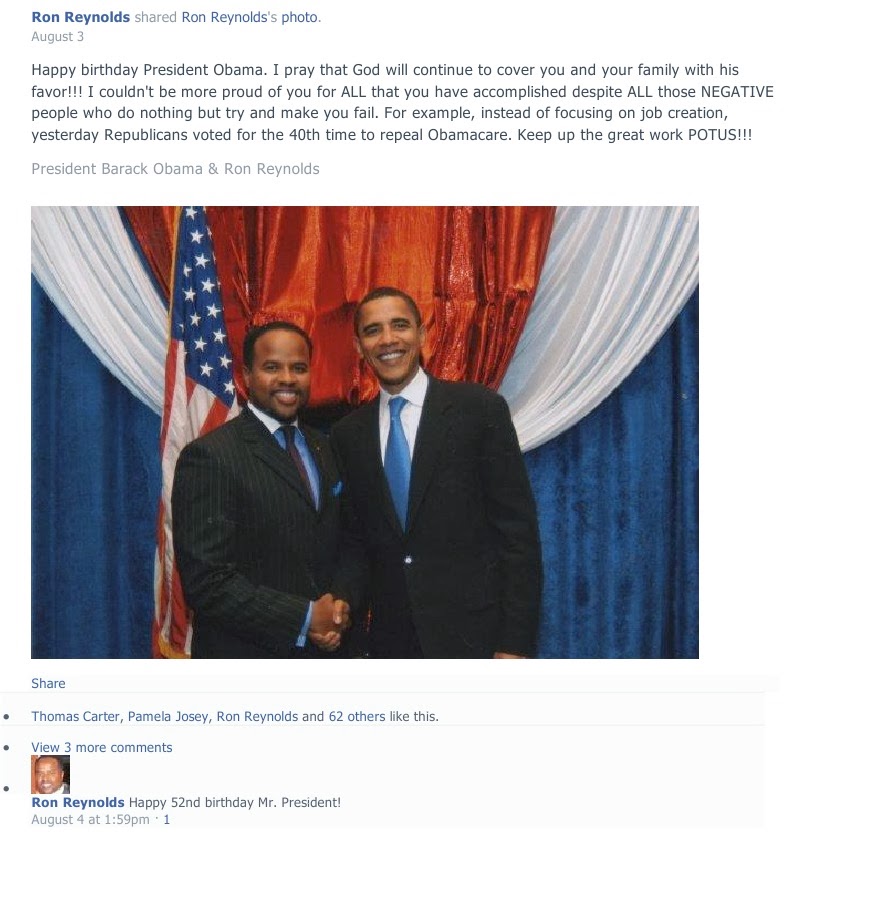 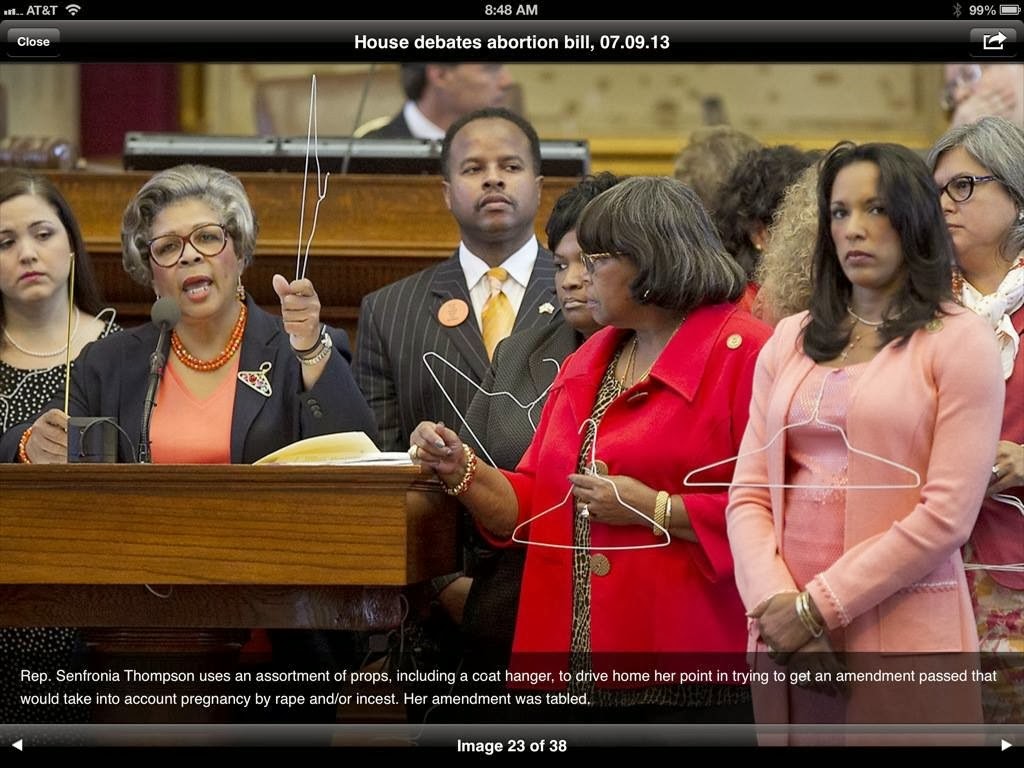 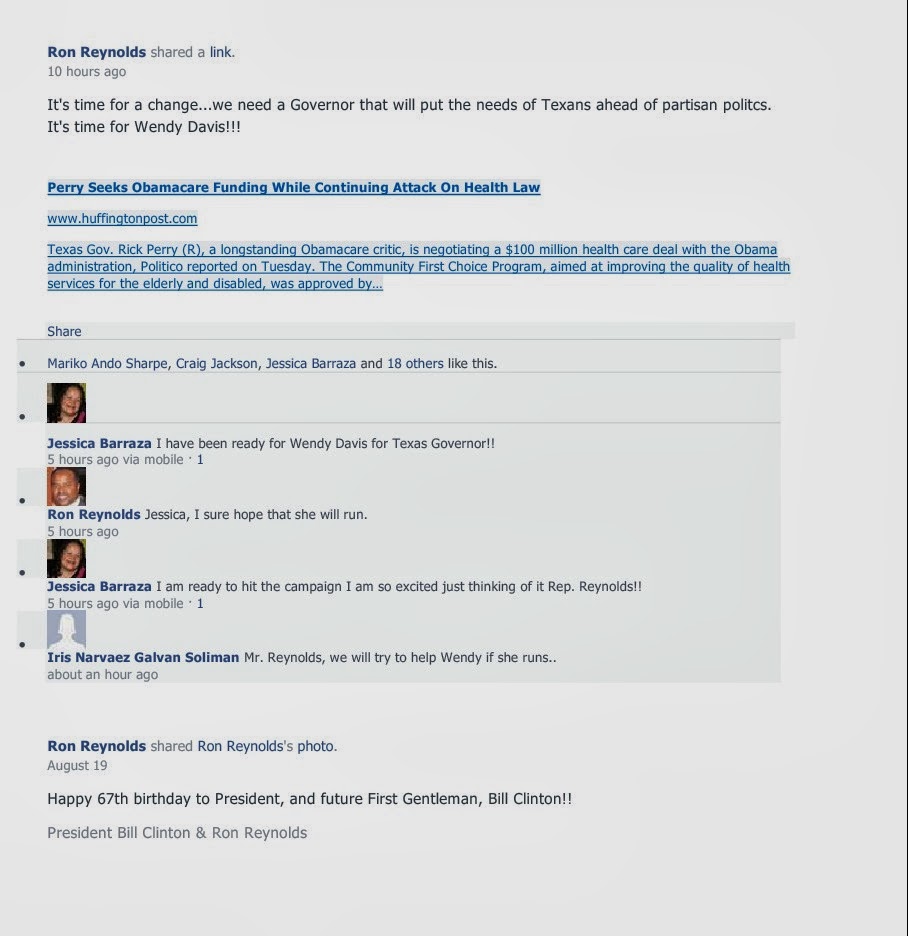 Also below are some images demonstrating donation history to Democrat contenders in various races: