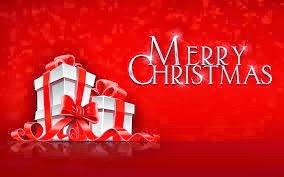 As Christmas nears, I am reminded of the work that Texas State Senator Dan Patrick has done to stand up for our Constitutional, religious rights and freedoms. Texas Lieutenant Governor Candidate Dan Patrick co-sponsored the Merry Christmas Bill that was passed in the 2013 Texas Legislative Session. My own State Senator Robert Nichols filed the bill in the Texas Senate.

The war on Christmas was forcing schools in Texas to fear even mentioning the word Christmas. Teachers and even students were threatened with lawsuits for having a Christmas tree or wearing the colors green and red. Atheist groups and other anti-Christian organizations do not like the fact that Christmas is based on the birth of Jesus Christ. These anti-Christians felt that any celebration of Christmas in schools violated their religions rights. They are dead wrong. They can be offended all they want about Christmas, but the Constitution does not guarantee them the right to not be offended. The Constitution only prohibits Congress from forcing everyone in America to believe in a certain religion by establishing a national church. The Constitution goes on to say that the Congress can also NOT prohibit the free practice of religion. In other words, if an Atheist feels offended by a nativity scene or by a Christmas tree then too bad for the Atheist. The Christmas tree does not force the Atheist to become a Christian. The Atheist can be an Atheist no matter how many Christmas trees they see in a school. The Atheist has the right to be an Atheist. The Atheist does NOT have the right to not be offended because something they see goes against their religion.

Anyways, these Atheists and other anti-Christian groups have been suing and threatening to sue school districts that allow Christmas decorations. Dan Patrick took a stand against this attack on Christmas. Patrick co-sponsored the Merry Christmas Bill that allows School Districts, Teachers and Students the right to celebrate Christmas without fear of lawsuits. The Bill passed and was signed by Texas Governor Rick Perry.