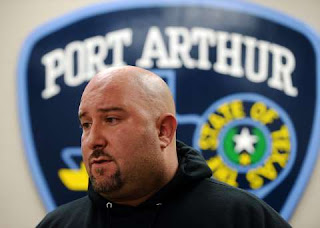 A mother has come forward about her son being molested and has released details of the Jefferson County DA Bob Wortham and Investigator Marcelo Molfino not even investigating before letting the previously convicted child molester off of the hook.

According to the mother, Jefferson County District Attorney Cory Crenshaw, relative of Congressman Dan Crenshaw, promised the victim’s mothers that a convicted child molester accused of molesting their 2 children would face prosecution and a jury. The victim’s families deserved the day in court for justice for their children.

Unfortunately, Cory Crenshaw did not run for election and the new District Attorney Bob Wortham took over and did not keep that promise. Wortham brought in DA investigator Marcelo Molfino. Unfortunately for the families, Marcelo Molfino didn’t even investigate the previously convicted child molester, and then dropped the prosecution against the man.

I was contacted by one of the mothers of the victims and I was asked to expose this grave injustice. I personally spoke with this mother and verified her identity. However, in order to protect the identity of the child victims I am not releasing her name.

According to the mother, she brought the evidence of this child molestation case to Molfino and dropped it in his lap. She gave him names of witnesses that put this previously convicted child molester alone in the room with the victims who made outcries. She gave him the information about a child being taken to the hospital after the incident. Marcelo Molfino did nothing. He never even talked to the witnesses nor did he get any hospital records. After completely failing to investigate the information given to him, DA Wortham then dropped the case without ever even consulting the families of the victims of this child molestation.

Maybe Marcelo Molfino didn’t have time to do his job as the full-time taxpayer funded investigator due to being distracted by his illegal side jobs. Yes that is right, the Texas DPS previously determined that Molfino was in violation of a class A misdemeanor for his unlicensed side jobs. Side jobs that he did during the day when he was getting paid to investigate for Jefferson County. His boss Bob Wortham didn’t prosecute him though of course. DA Investigators are not even supposed to have side jobs without written permission so that there are no conflicts. No permission was asked or given which is further a violation to County rules.

Maybe Marcelo Molfino was paid off. Don’t take it from me though if you think that is farfetched. Take is from Molfino’s own admissions. Marcelo Molfino previously testified under oath to getting $1500 cash from a party in a criminal case that he was handing. No conflict or bribery there right? Of course it is a major conflict at a minimum. It didn’t bother DA Wortham though who says Molfino is his “boy” when other officers tried to bring Molfino’s criminal violations to the attention of DA Wortham.

After speaking with the mother of this child molestation victim, I asked her to send me a brief statement of what she had told me over the phone in regards to Marcelo Molfino and Bob Wortham letting a previously convicted child molester off of the hook. Below is her statement:

“In around 2011 a 3 yr boy was molested by his half-brother.  He was tried and convicted as a sex offender in juvenile court in Hardin County Texas. Put on 2 yrs probation and arrested several times for breaking the terms of his probation. He was also tested by a psychologist and deemed a narcistic person with pedophilia tendencies.

In or around 2014-2015 the half brother was accused of another molestation of another 3 yr old little boy and questioned in Port Arthur Tx. This case was to be tried by Jefferson County DAs office. The DA at the time was Cory Crenshaw.

I had access to the juvenile records and physiological report of the offender and then turned them over to the DAs office in Jefferson County. They assured me that they would fully prosecute him.

Cory Crenshaw left the DAs office and went into private practice and this case was then turned over to the new DA and their staff. I followed this case and before it came to trial, I had witnesses come forward that I interviewed and the information was over whelming. These witnesses could put the perpetrator in the same room with the child alone. I further found out that the child was taken by ambulance to the hospital.  I then contacted the DAs office to let them know the names and the numbers of the witnesses that had come forward and I was instructed to contact the Investigator Molfino which was the DAs lead investigator.

I left several messages and explained the situation and the information that I had. I never received a call back.

I then called the DAs office to let the prosecutor know the things that I had learned, and she just continued to not pursue the facts in this case. I explained that the Molfino had never returned my calls or texts.

I went to court to watch the outcome of this case. 2 of the victims mothers were in the court room and the case was completely dismissed. On the grounds of not enough evidence.

I demanded to see the DA in this case and I explained everything to them that the witnesses were not even called or contacted. Not even the ambulance or hospital records were taken into consideration.

Nothing was done and justice had not been met for any of these children.”

Posted by David Bellow Posted at 11:32 AM